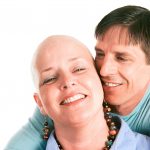 Finding out you or a loved one has late stage breast cancer is a devastating affair. There’s quite simply no easy way to deal with such a diagnosis. This is especially true when you find out that the diagnosis was delayed due to forces outside of your control because now, in addition to dealing with […] 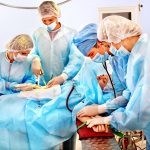 When it comes to medical malpractice claims in the United States, a new comprehensive study has shown that 1 out of every 100 doctors is responsible for 32 percent of malpractice claims. The study, which was conducted by researchers at the University of Melbourne and Stanford University, analyzed 66,426 claims that were paid against 54,099 […]

Even though hundreds of thousands of people die each year from medical errors, it’s not listed as an official cause of death in the Centers for … END_OF_DOCUMENT_TOKEN_TO_BE_REPLACED

A trip to the hospital almost always makes us feel better. We can get immediate relief from a multitude of symptoms, get an accurate diagnosis, and … END_OF_DOCUMENT_TOKEN_TO_BE_REPLACED

Anesthesia It can be crushing to find out that an anesthesia error caused you grave harm or resulted in the death of a loved one. According to a … END_OF_DOCUMENT_TOKEN_TO_BE_REPLACED